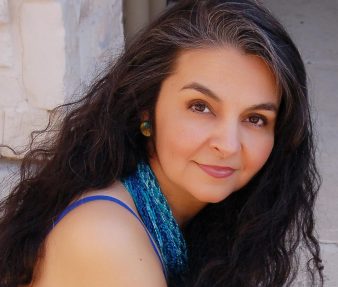 A: STRIP is a new musical that I began developing as an artist in residence with Mabou Mines  five years ago which I have only this year completed with longtime collaborator/ composer Arthur Shane from Los Angeles.  The musical takes three historical iconic figures: Lenny Bruce, Candy Barr, and Josephine Baker and tells each of their stories as one tale in the style of Our Town meets Godspell at the Best Little Whorehouse in Texas. A cautionary tale about the cost of “telling the truth,” the setting is a diner counter with a nightclub stage with dining tables and chairs that represent various cities, sometimes countries in which a show within a show unfolds.

Loosely borrowing from the old 1950s television show To Tell the Truth, a TV announcer presents the biographical affidavits for each of the main characters. In the same way that Lenny Bruce could portray various people all in one monologue in which he went from commentator to the specific characters themselves, nine performers portray all of the roles in broad, burlesque style.  What each of the three main characters have in common is the burlesque world.  It is the place where each originated their famous acts. In Lenny Bruce’s case, his mother Sally Marr was a comedienne in burlesque houses.  For Candy Barr, the burlesque world gave her an opportunity to break out of the “Capture,” a very sinister syndicate in Texas that kidnapped her as a runaway teen and forced her into sex slavery at the age of 14.  And for Josephine Baker, migrating to France (to escape the racial prejudice of her time) where she danced with nothing on her body but a feather, is what made her the most famous entertainer in the world in her lifetime which made it possible for her to “fight” segregation in significant ways.  How Lenny, Candy and Josephine intertwine and ‘bear it all”—is STRIP.

A:  As a producer/ director/ and storyteller, I curate six stories a month on different themes  to present at my monthly series—The Living Room: Storytime for Grownups. I always tell the last story of the six, so essentially I’m always working on a 15 minute monologue a month. I’m in the process of collaborating with Las Compadres in Austin, Texas on the Latino/a Visibility Initiative  which uses the Living Room format to collect Latino/a stories for  a series we will present four times a year at the Mexican American Cultural Center in Austin, Texas. The tradition of “oral storytelling” profoundly changes the way your brain develops story!  It’s dynamic, vulnerable, and very immediate. And it creates community in a potent yet “poor man’s theatre” kind of way.

A:   Because I am an actor that directs or a director that acts, I stumbled by good fortune onto Maria Irene Fornes as a TCG/NEA Director’s Fellow in  the early 1990s when TCG arranged for the directors and designers on fellowship that year, to be led in a “writing” workshop by Irene. The writing exercises she led us through changed my life forever because it encouraged writing from deep inside a very alive and intuitive place in me. In fact I did the exercises she lead us through so terribly – – that I fell madly in love with the process and soon after was inspired to write my first play which was then workshopped the following year at the Hispanic Playwrights Festival at South Coast Repertory Theater. Not only was Irene and her mother  present in the audience, but a producer from Latino Chicago was as well and he offered me my first production in Chicago with his company the following year after that. The best part was getting Irene’s immediate response and meeting lifetime friends/collaborators at the festival like Octavio Solis, Jorge Huerta, and José Luis Saucedo who introduced me to his best friends (and collaborators) —José Luis Valenzuela and Evelina Fernandez who in turn opened my artistic heart and mind towards many other avenues of awareness of a vibrant, artistic community and tribe that existed—particularly in relation to my awakening as a “Chicana”  artist.

A:   Irene Fornes, Octavio Solis, and José Cruz González. My “heroes” include Caridad Svich, Migdalia Cruz, and Karen Zacarías and of course the other 49 playwrights on this list!

A:  Write, write and write some more and throw yourself into every opportunity to collaborate (or intern) with whom you admire the most!

A:  As I mature as an artist and human being, what wants to “express” itself through any of the areas I love: acting, directing, writing, singing, teaching and storytelling—all of it has a mind and heart of its own now! My task now is to stay out of the way and let it have its way with me! It’s a “beginner’s mind” with every encounter!

***For more on Amparo Garcia-Crow, see: