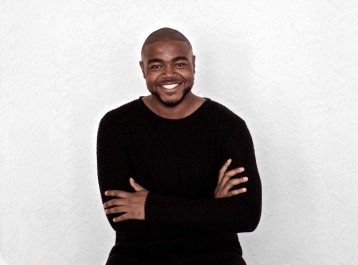 Affiliations: I’m an Assistant Professor of Creative Writing and Playwriting at Medgar Evers College, a City University of New York, and I teach playwriting at NYU.

Q: Tell me about The Sandstorm Series.

A: The Sandstorm Series is a collection of plays about African American military veterans and the people in their lives based on interviews I did with veterans over the past five years. The plays incorporate poetry, dance, and magical realism to bring the minds and worlds of the soldiers to life. I have a lot of respect for people who have the courage to put their lives on the line for their beliefs and I have a lot of respect for those with the courage to question their beliefs and their choices to risk it all. These plays are written with reverence for both kinds of courage and they examine how the brave choices these soldiers make affect their family, friends, and loved ones; even though I focus on the soldiers’ stories, in many ways, the plays are about war, love, and community, the plays are about us all.

Nativity, one of my plays in this series that 50 Playwrights Project named one of the top 8 plays by Latinx playwrights in 2018, is a “ballet play” about Jamil, an African American soldier returning from the U.S. war in Afghanistan, who violently struggles to find solid ground between delusion and reality with his Afro Panamanian partner, Mariela. The play engages military history, PTSD, race, domestic abuse, and more, through dialogue and dance.

A: Writing projects in other genres. It’s important to keep it fresh and I enjoy finding the best form for the idea, not the other way around. I’m also working with Maria Fernanda, the poet, to co-found Candela, an Afro-Latinx literary nonprofit.

A: I had two defining moments early on. The first was with Mark Medoff who was my playwriting teacher in undergrad. He brought in the wonderful Phyllis Frelich and Gordon Davidson, the lead actress, and director, respectively, from his Broadway hit, Children of a Lesser God, and they all spoke to us about how Theater is a collaboration. It really touched me how they became a family by developing work together and how those friendships persisted long after the play and film’s success. That gave me hope because as an extrovert, I was struggling with the solitary nature of writing poetry, which was my primary form back then. Playwriting is still solitary, but the experiences of workshop, rehearsals, and readings are always ones I look forward to. I really love people, that’s why I decide to make people, if you will, by writing plays. I’m so excited to hear that Medoff’s Children is returning to Broadway and thrilled to be taking my students at NYU to see a former professor’s play in the next few weeks.

The other experience is when my play The Burning Room, participated in the Kennedy Center for the Arts College Theater Festival. I was blessed to have Paula Makar as my director because she’s a fierce, mother hen of a director to young actors and a director who bases her work in dramaturgy, which is ideal for new play development. Working with her set a high bar for other directors to meet when working with me, she was very generous with her time and always willing to find the joy in the process. So much of my work deals with trauma, it’s a rare treat to be able to work on it and still find moments of laughter and levity, but she always made it a nice, warm, and often fun experience.

A: I appreciate the brains and bravery behind the work of Suzan-Lori Parks and Robert O’Hara. There are many playwrights and directors whose work inspires me like, Moises Kaufman (Tectonic Theater Project), Ruben Polendo (Theater Mitu), Lin-Manuel Miranda, and Anna Deveare Smith are a few, but Parks and O’Hara’s work is at the top of my list. They are playwrights whose work is unapologetically and constantly growing and changing. I think growth is important. I don’t ever want to plateau. The only way to go is up, and I’m inspired by them to constantly rise.

A: Sometimes, I look at the planets in our system where we haven’t yet discovered life and think “someone just hasn’t yet written life on those planets into existence.” Every time we tell a story we breathe new life into the universe. That’s why it’s ever expanding! People keep imagining and writing stories that challenge our tiny understanding of the world, and the more you know to look for, the bigger the picture. So keep imagining and keep writing worlds far beyond what we know. If you can dream it up, that alone makes it real.

A: I think our existence on this planet, as human beings, could just be a vacation–we’re all just passing through, this isn’t really a place of permanence. So I always stop to smell the roses, so to speak, in case the next place doesn’t have flowers. We are lucky to call Earth home for as long as we are “alive;” I hope we can figure out how to motivate everyone to take care of this place more, so that there are more roses, figurative and literal, for us all to enjoy and so that smelling those roses becomes more important than selling them.