Posted on September 3, 2018 by trevorboffone 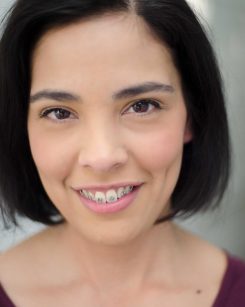 Q: Tell me about Felon Known.

A: Felon Known actually started as a one-act that focused on John as he was in jail awaiting trial. The scenes were all set in a county jail visitation area where his family came to visit him. It used to be about the difficulties with getting an appropriate lawyer and the bullshit mandatory minimum laws that overwhelming effect low income offenders. It was closer to what I knew because it was inspired by my brother who went to prison for a few years when he was nineteen. The play changed completely a few years ago when I read an article about an organization that offers felons job training to aid with their transition into society. My brother had support from family and friends when he was released so he got a job quickly and has excelled in his field in the last ten years. After reading that article I realized that there are so many people who don’t get that second chance and who don’t have the connections my brother had. The story is now about what happens to these people after they are released from prison. How do they re-emerge as citizens when the label “Felon” creates obstacles with going back to school, getting a job and even renting an apartment! I want audiences to walk away from this play with a better understanding of how challenging it can be for those who are trying to change their circumstances after paying their debt to society.

A: I am currently working on a series of micro-plays that educate immigrants about their rights when encountered by I.C.E. The short plays are currently in English and Spanish but the hope is to partner with other immigrant communities to make them available in other languages. The goal of the project is to tour it around Houston and have families create a plan on paper with who to call and what to do if themselves or a family member is detained. I am also producing a Latinx short film and short play festival in November with TEATRX.

A: When I gave myself permission to call myself a playwright. My emphasis in college was Original Works, playwriting and directing, but I graduated and said “I’m an actor.” I just thought “my work isn’t good enough to be a playwright.” But after a year or two I knew I had stories to tell, stories that weren’t being told. Owning the label “Playwright” has given me a sense of responsibility to fill the role like I do as an actor.

A: I had some really great mentors at Cornish. Elizabeth Heffron was my playwriting teacher. She is a published playwright and she really emphasized the importance of carving out time to write. Even if it was five minutes. You set a timer for the full five and you do nothing but write for the full five; no erasing, no crossing out, just write. When I get stuck on plot movement or have trouble fleshing something out, I set that timer. Keira McDonald and Kathleen Collins are also Cornish teachers and they are a couple of badass women who taught me that I shouldn’t sit around and wait to get a job in theatre. I can and should create them. Heroes: Maria Irene Fornés, She was the first modern Latinx playwright I read. Quiara Alegría Hudes. I follow her on Twitter. She doesn’t tweet a whole lot but when she does, she has some of the best playwriting/life advice.

A: It’s daunting to let people read what you wrote but it’s worth it. Also, be specific about the type of feedback you are looking for. I’m still working on that part.

A: I am the mother of a three-year-old. I have four brothers, two sisters, and 20 nieces and nephews. I make kick-ass sugar-cookies. I am an also an actress. I am co-founder of TEATRX—A Latinx Theatre company in Houston, TX. Our goal is to advance Latinx performance arts to be a vital and prominent part of the artistic identity of Houston. The deadline to register to vote in Texas is October 9th 2018.

***For more on Marissa Castillo, see: