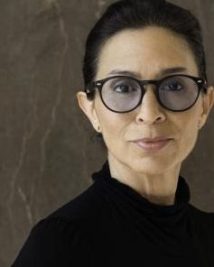 Q: Tell me about Los Dreamers.

A: Los Dreamers is a dramedy. The protagonist, Scoobi, represents one of the nearly 700,000 undocumented young adults who were brought to the United States as children, now tenuously protected under the DACA program.

I began this play during my tenure as a graduate student at the University of New Mexico where Tiffany Nicole Greene directed it as my thesis workshop production. It was presented as a reading at the inaugural Ingenio Festival of New Works at Milagro Theatre in Portland, OR, and in 2018 I had the immeasurable opportunity to workshop it in the Black Swan Lab at Oregon Shakespeare Festival.

For me, this is a play about the marriage of cultures, and returning to indigenous world views including the feminine, as guidance towards an enlightened evolution of community.

Scoobi and her mother, Petra, conspire to make it possible for Scoobi to complete her law degree: she marries Dylan, an “all-American” citizen to get her papers. The play begins with the first day of married life for this odd couple. In addition to the looming threat of deportation and the demands of law school, Scoobi is grieving the death of her lover Roko—another dreamer whose soldier-life was taken in Afghanistan. Roko’s ghost, Scoobi, Dylan, and Petra all cohabitate in a studio apartment.

In addition to the present, this play also takes place in Chiapas, Mexico 1994: the time and place of Scoobi’s conception and birth during the uprising of the indigenous EZLN, (the Zapatistas). This interlude sources Scoobi’s social consciousness within a historical and political lineage of resistance.

A: I have several plays from my idea-ant-farm vying for attention! Go. Go Gentle, seems to be in the lead. It is an existential journey composed as a road trip. Belle (Isabel) has coerced her empathetically deficient adult son, Samuel, to drive her from her home in Baltimore, across the United States to Oregon, passing through her native New Mexico along the way. Unbeknownst to Samuel, his mother is terminally ill and has chosen Oregon, a right-to-die state, as her final destination. Along for the ride (in the self-driving rental car) is Maya, the ghost of Samuel’s lover, dead by suicide.

It’s a dark and minimalist comedy.

A: Although I am a longtime theatre artist and have written and devised work throughout my trajectory, I consider myself an emerging playwright. In general, my “defining moments” are not necessarily career or public milestones (yet!)—I’d say they are the moments of process: when the pages flow faster than the clock, when my blind spots are revealed, and when I solve creative or thematic issues. That said, I am truly honored and grateful for the opportunity to be profiled here; for my inclusion in Micha Espinosa’s and Cynthia DeCure’s publication, Scenes for Latinx Actors: Voices of the New American Theatre; and for Los Dreamers to be recognized as one of 50PP’s Best Unproduced Latinx Plays 2019.

A: My training ground as an actor includes the countless opportunities I’ve had to collaborate on new work. In retrospect, I see those same opportunities as foundational for my work as a playwright. My “village” of guidance and inspiration includes, Luís Alfaro, Luís Valdez, Cherríe Moraga, Elaine Romero, Gabriel Rivas, Erin Cressida Wilson, Oliver Mayer, René Solivan, Erik Ehn, Anne García-Romero, Culture Clash and especially Octavio Solís—all of whom I’ve worked with on new plays—their voices are ever present as footing and beacon. Other stage-writer (s)heroes include: Roger Guenvuer Smith, Suzan Lori-Parks, Quiara Alegría Hudes, Nancy García Loza, and Karen Zacarías. And of course, I will always be grateful for the workshops I’ve taken with Greg Moss, Ricardo Bracho, and especially Migdalia Cruz, and her potent lineage to María Irene Fornés that I’ve had opportunity to glean from.

Q: What advice do you have for Latinx playwrights at the beginning of their career?

A: I’m about to embark on an academic post at a wonderful college. Stay tuned.

I am a Capricorn.

***For more on Mónica Sánchez, see: