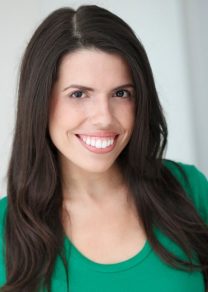 Q: How do you self-identify? Cuban-American

Q: Tell me about Pedro Pan.

A: Pedro Pan is based on the real-life events of Operación Pedro Pan. A young boy is sent to the U.S. to escape the growing dangers of post-revolutionary Cuba. To survive, Pedro must learn a new language and a new culture—while hoping to someday be reunited with his parents.

Operación Pedro Pan occurred between 1960-1962, in which over 14,000 children were sent unaccompanied to the U.S. by their parents who feared Communist indoctrination and the placement of their children in Soviet Labor Camps. This story is based on my parents’ journey from Cuba to the U.S. as young children in the 60’s. While my parents were both able to leave Cuba with a parent, the trauma of having to leave their family and home behind is something that has remained. Telling this story is important in understanding not only the Cuban-American diaspora but the story of all who have had to give up everything for their chance at freedom.

A: My bluegrass band Wild Magnolia is releasing our EP in September and I will be performing with the Shadox Box Theatre this Fall. In terms of writing, I am starting a new musical with my writing partner post-NYMF.

A:  The defining moment of my journey so far was meeting Rick Cekovsky and Monica O’Malley de Castillo from the TRUF Theatre who really encouraged me to write from a Latinx-perspective and pushed me to think about my voice as a Latinx-artist.  They commissioned me to write a children’s musical in 2013 leading to the first version of Pedro Pan in 2013. By pushing me to find a way to incorporate my cultural background into a musical, it gave me permission to write a story that represented me. Giving me the permission to marriage my cultural background to my passion gave my artistic mission clarity. I am committed to telling stories by and for those who are under-represented in the theatre.

A: John Leguizamo and Lin-Manuel Miranda have directly influenced me as an artist on multiple levels. John Leguizamo’s one-man show Freak! completely changed my perspective of what was possible as a theatre artist. I realized that I don’t have to wait for someone to create the work that I want to experience or be in as a Latinx woman, that I can create the work myself. Both Miranda and Leguizamo have been pivotal heroes for me in that they both created space for themselves and for our community to see ourselves reflected on stage. That is a driving force in my work.

A: Don’t be afraid to lean into your voice. We need to write our own stories to be represented on stage.

I love 50 Playwrights and the important work that you do to lift up Latinx Voices. Thank you so much!

***For more on Rebecca Aparicio, see: